Both the Milk and Cream versions are fast becoming popular alternatives to cow’s milk, especially for those of us who don’t appreciate almond, soy or rice milk, for example.

And with reported anti-carcinogenic, anti-microbial, anti-bacterial, and anti-viral properties, here’s to another amazing food from our friend the coconut tree.

Coconut (Cocos nucifera) belongs to the Palm family (Arecaceae), and is grown in abundance in Malaysia, Polynesia and southern Asia. Spanish explorers named the cocos - meaning 'grinning face' - because of the three little eyes on the base which they thought resembled a monkey.

Classed as a fruit but frequently confused for being a nut, the coconut is actually a one-seeded drupe. In Sanskrit, the coconut palm is known as kalpa vriksha - 'tree which gives all that is necessary for living' because nearly all parts can be used, the water, milk, flesh, sugar and oil.

To make Raisa's Coconut Milk, coconut flesh (the white part) is grated and soaked in hot water. The coconut cream rises to the top and is skimmed off. The remaining liquid is squeezed through a filter to extract a white liquid that is the coconut milk. 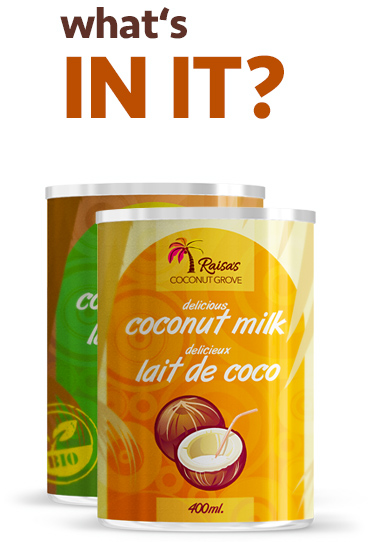 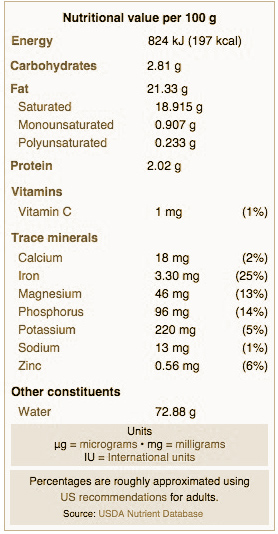 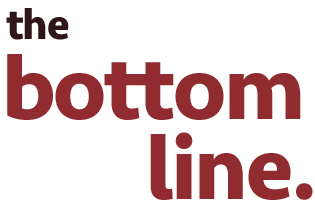 Island populations around the world have used coconut meat, juice, milk and oil in everything from cooking to disease prevention for thousands of years.

Need a creamy delight - a tin of Raisa‘s Coconut Milk or Cream has it all.

Get a Raisa's today!

Raisa’s products are superb compliments to a balanced diet of pure foods, ensuring your body maintains it’s vital health. We are here to support all looking for high quality, healthy foods.

> Contact us
> About us
> Find an outlet
> Retailer enquires